Prolotherapy is the name some people use for a type of medical intervention in musculoskeletal pain that causes a proliferation of collagen fibers such as those found in ligaments and tendons, as well as a shortening of those fibers. The “prolo” in Prolotherapy, therefore, comes from proliferative.Type your paragraph here.

​Other therapists have referred to this type of treatment as Sclerotherapy. “Sclera” comes from the Greek work “sklera”, which means hard. Sclerotherapy, therefore, refers to the same type of medical intervention, which produces a hardening of the tissues treated – just as described above in the proliferation of collagen fibers. Not many physicians are

DISCLAIMER: The contents of this site are for informational purposes only. The content is not intended to be a substitute for professional medical advice, diagnosis, or treatment. 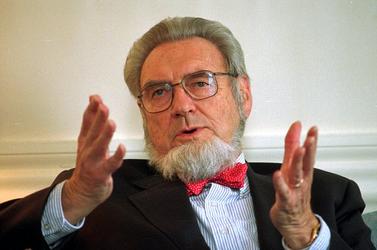 “My back has been damaged since I was 17 years-old. I’ve been in a lot of pain for a long as I can remember. After two prolo treatments, pain is almost completely gone. My back and neck have never felt so good.” —J. P. 07/03/12

“Dr. Rutledge has been a tremendous blessing to me.  His ‘healing hands’ have done wonders form my back pain. Dr. Rutledge really takes his time to properly understand and treat my health problems.  He is genuinely kind and compassionate. I feel very comfortable with him; he is both competent and trustworthy!  Thank you, Dr. Rutledge!” —G.S. 08/11/12

“Marketing Healing Hands would profit the Public with knowledge on a better way to achieve pain relief with a non-surgical approach.... Do you want a non-surgical, non-prescription therapy to heal all your aches and pains? Healing Hands offers a perfect solution—why are you waiting?

"My experience with Dr. Rutledge was wonderful. He is very knowledgeable and I felt like each of my questions and concerns about Prolotherapy were answered with care. In order for Prolotherapy to have the most impactful effect, I needed to stop taking the prescription anti-inflammatory medication I was on so that my body could have the ability to heal itself. I was scared to do this since my pain led me to begin taking the medication two years prior. When a past knee injury flared up again causing me to become nearly immobile, I went to my primary care physician who then referred me to an orthopedic specialist. After he was unable to determine the cause of my pain through x-rays and an MRI, the orthopedic specialist discouraged me from exploratory surgery. Unsure of what to do next, he put me on a prescription anti-inflammatory."

"For the next two years I took the medication, although I did not want to continue doing so because of the side effects associated with long-term use. Feeling like this only option besides surgery, I was so delighted to find Dr. Rutledge and an alternative approach to healing. He was very encouraging through the entire process and the education he provided about the body’s natural healing process helped to assure me of my decision to try Prolotherapy. While other doctors prescribe medication to mask the pain, Dr. Rutledge went straight to the source of my knee pain and instead treated the cause of it. I have been able to become more mobile and I am experiencing a much more active lifestyle, free of prescription anti-inflammatory medication!"

"I am forever grateful for the healing Dr. Rutledge has provided." —MB - Fullerton, CA 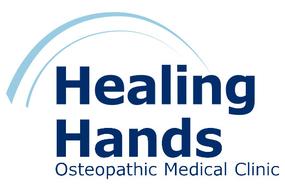 aware of Prolotherapy, and even fewer are adept at this form of treatment. One wonders why that is so. In my opinion, it is because medical folks are skeptical and Prolotherapy, unless you have tried it and proven its worth, seems to be too easy a solution to a series of complicated problems that afflict the human body and have been notoriously difficult to treat by any other method. Another reason is the simplicity of the therapy: Injecting an irritant solution, which may be something as simple as glucose, at the junction of a ligament with a bone to produce the rather dramatic therapeutic benefits that follow.

Another very practical reason is that many insurance companies do not pay for Prolotherapy, largely because their medical advisors do not understand it, have not practiced it, and therefore do not recommend it. Finally, Prolotherapy seems too simple a procedure for a very complicated series of musculoskeletal problems, which affect huge numbers of patients. The reason why I consented to write the preface to this book is because I have been a patient who has benefitted from Prolotherapy. Having been so remarkably relieved of my chronic disabling pain, I began to use it on some of my patients – but more on that later.

When I was 40 years old, I was diagnosed in two separate neurological clinics as having intractable (incurable) pain. My comment was that I was too young to have intractable pain. It was by chance that I learned that Gustav A. Hemwall, M.D., a practitioner in the suburbs of Chicago, was an expert in Prolotherapy. When I asked him if he could cure my pain, he asked me to describe it. When I had done the best that I could, he replied, “There is no such pain. Do you mean a pain…” And then he continued to describe my pain much better than I could. When I said, “That’s it exactly,” he said, “I can fix you.” To make a long story short, my intractable pain was not intractable and I was remarkably improved to the point where my pain ceased to be a problem.

I was a pediatric surgeon, and there is not many times when Prolotherapy is needed in children because they just don’t suffer from the same relaxation of musculoskeletal connections that are so amenable to treatment by Prolotherapy. But I noticed frequently that the parents of my patients were having difficulty getting into their coats, or they walked with a limp, or they favored an arm. I would ask what the problem was and then, if it seemed suitable, offer my services in Prolotherapy at no expense, feeling that I was a pediatric surgeon and this was really not my line of work. The results I saw in those many patients were just as remarkable as was the relief I had received in the hands of Dr. Hemwall. I was so impressed with what Prolotherapy could do for musculoskeletal disease that I, at one time, thought that might be the way I would spend my years after formal retirement from the University of Pennsylvania. But the call of President Reagan to be Surgeon General of the United States interrupted any such plans.

The reader may wonder why, in spite of what I have said and what this book contains, there are still so many skeptics about Prolotherapy. I think it has to be admitted that those in the medical profession, once they have department from their formal training and have established themselves in practice, are not the most open to innovative and new ideas.

Prolotherapy is not a cure-all for all pain. Therefore, the diagnosis must be made accurately and the therapy must be done by someone who knows what he or she is doing. The nice thing about prolotherapy, if properly done, is that it cannot do any harm.